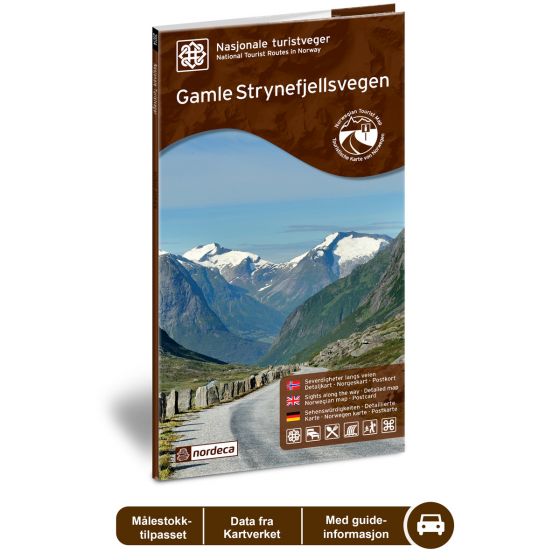 Details
Description
The nearly 100-year old road between east and west is an adventure in itself. Old hand-built walls of carefully carved stone and long rows of guard stones distinguish the route across the mountain. In the old days, there were several routes across the mountain for travellers on horseback, also used for felling trees, but these were strenuous and difficult trips. In 1881, the decision was made to build a road, and manual labourers from both Sweden and local areas began the heavy construction work. The road was completed in 1884, and remains as a memorial to a bygone era. Grotli, in the eastern part of the route, was formerly a meeting point for travellers between east and west, and in the old days, many cruise tourists came here to experience the Norwegian mountain landscape. The route is always a beautiful drive, especially in autumn with its lovely colours. Gamle Stynefjellsvegen National Tourist Route between Grotli and Vidsæter is 27 kilometres long (County Road 258). The route is closed in winter and open from early June until the snow falls.
Overview map
More about the series
National Scenic Routes
This map series will enable some wonderful experiences along the selected routes.
The maps indicate spectacular views, nature experiences, attractions, architecture, dining spots, overnight accommodations and places of interest. These are described in the map with text and photos.
The maps have been designed in cooperation with the Norwegian Public Roads Administration.